It was almost dusk when Boujeema dropped us at the curb. The reek of urine stung my eyes, and the air was still hot enough to roast a goat. Chris took my hand and we strolled toward the square down a lamp-lit boulevard lifted from a French fairytale. To the right, a caravan of carriages and raggedy coachmen implored us to ride in style. Behind us a towering mosque stood as a beacon for the faithful who would soon gather for the evening prayer. But we were lured in the other direction, toward the rhythmic thump of hand drums, the whine of pungis calling to cobras, and the Arabic voices of insistent men. A spectacle awaited. But so far, Jemaa el-Fnaa was not what I had expected. 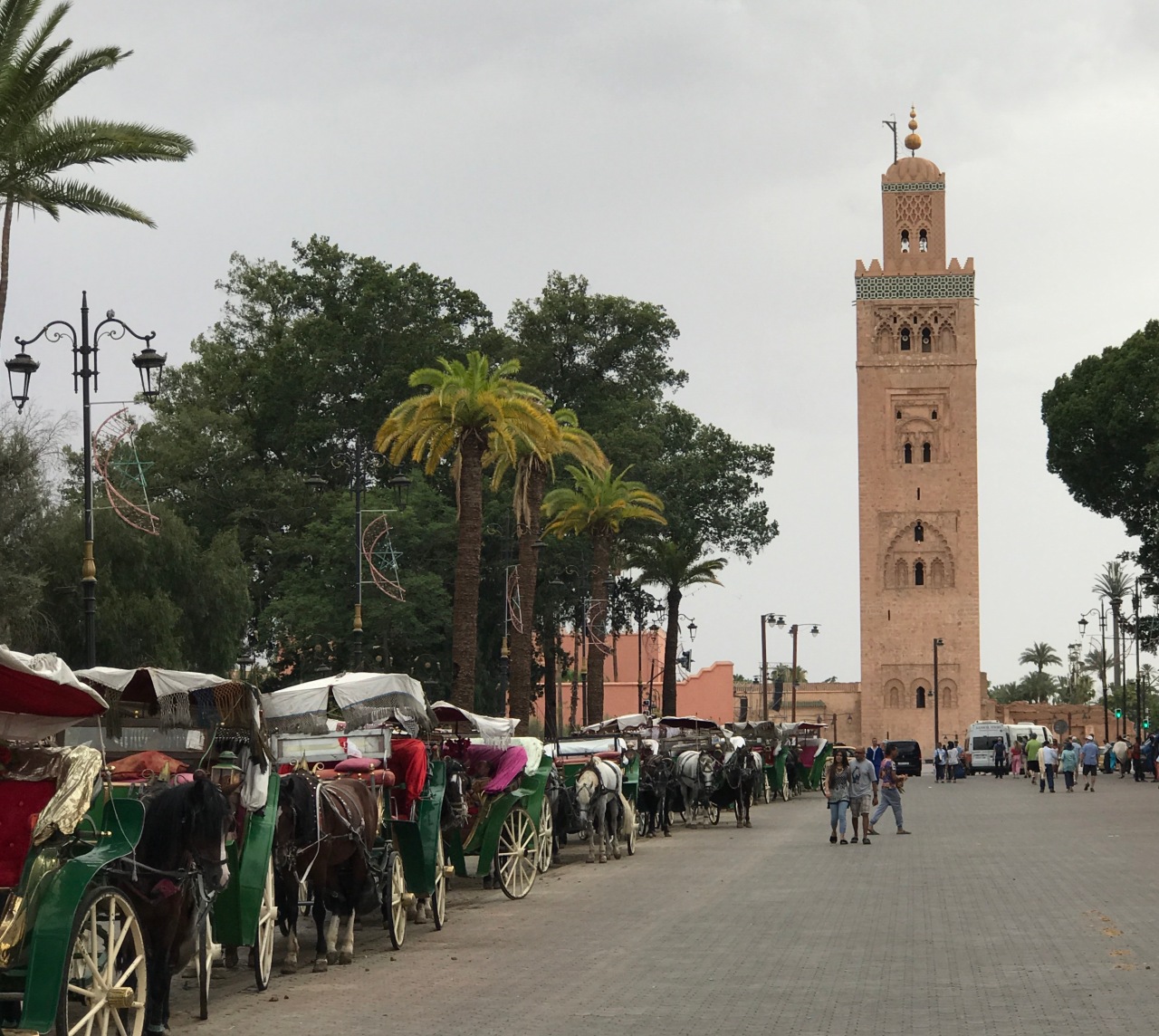 For one, there were fewer people. I thought strangers would cram against us the way they had in similar public spaces in Delhi and Saigon. But it was Ramadan and so many of the small shops and stalls were closed and the tourists had stayed home. In the olden days, the market area would have been divided into sections according to services and products. Blacksmiths would have been over there. Tailors and cobblers there. And the butchers and fishsellers would have been shooed to the outskirts because of their stench.

Spices, however, always a welcome smell in a situation such as this, would have been somewhere near the center. And they were just what I had come to find. Saffron and cardamom, cumin and paprika. Cinnamon, cloves, ginger, and, if I was lucky, perhaps a flavor I’d never tasted before. But first I had to find a spice shop, which meant passing the snake charmers and the orange juice vendors to enter one of the narrow, dark alleyways of the souks. Chris and I walked quickly, careful not to make eye contact with any hawkers and thereby obligate ourselves to one of their great deals. 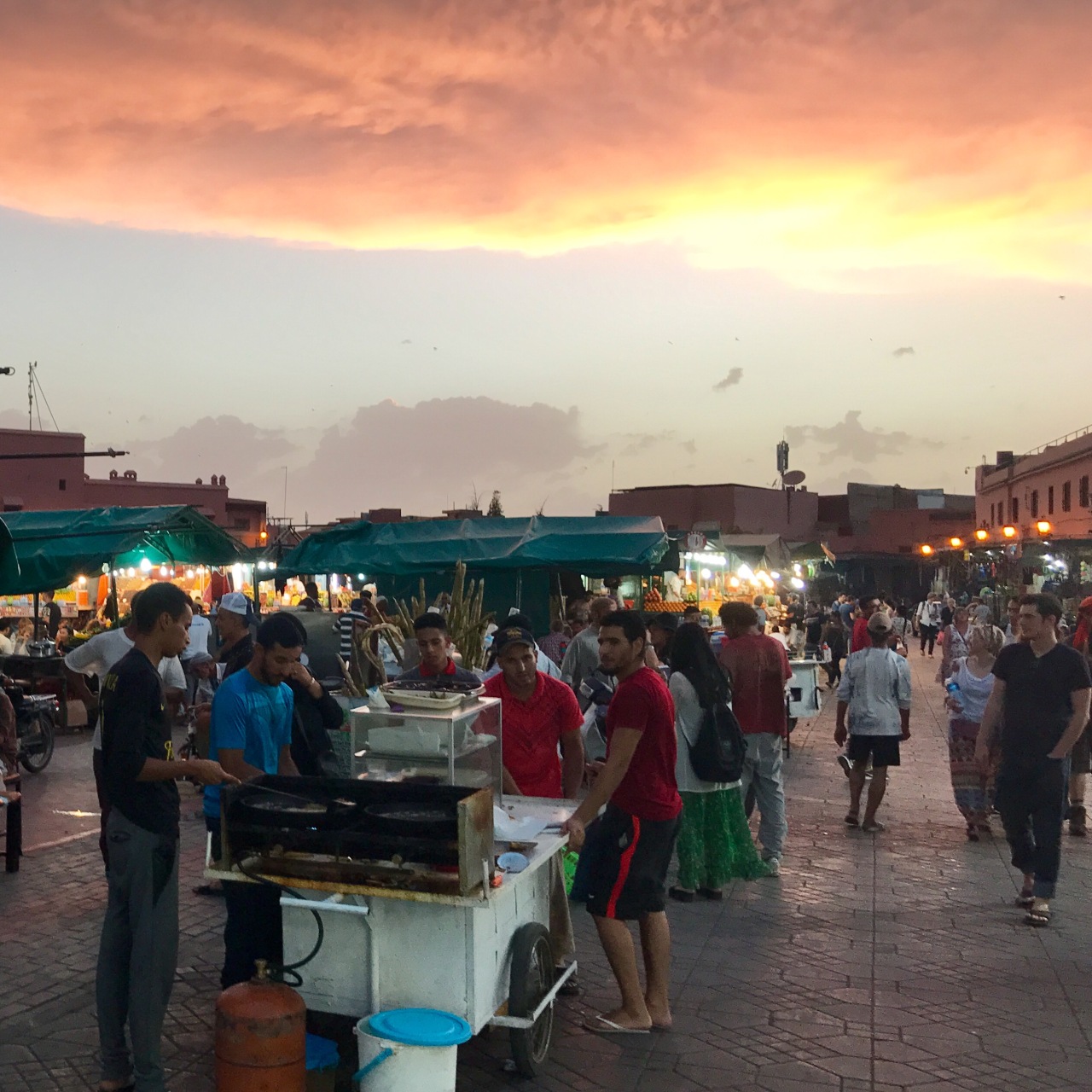 As we made our way across the enormous square, I stared at the ground and imagined the countless pairs of feet that had criss-crossed this very spot. Including those of Edith Wharton, author of The Age of Innocence, who came here in 1918. In her travel memoir In Morocco, which I’d read on the plane, she described the country as a place “too curious, too beautiful, too rich in landscape and architecture, and, above all, too much of a novelty, not to attract one of the main streams of spring travel.” So far she’d been right on those accounts. But I hadn’t picked up the vibe she’d gotten about the bazaars of Marrakech, which she’d found to be “dark, fierce, and fanatical.”

At least not until a lady in a dusty gray caftan and jihab grabbed my hand and shot it with a syringe full of red-ocher dye.

“Henna?” she said. The word and gesture felt more like a demand than an inquiry, and I yanked my hand away and kept walking. As I examined the dab of goo she’d left on my palm, she reappeared with a black-and-gold photo album filled with examples of her intricate work.

“Look! Beautiful!” she said. I shook my head politely, not expecting the reaction I received. She glowered at me with her dark, almond-shaped eyes of the Orient, like a sorceress. Our little exchange now felt like a challenge, and I was adamant that her syringe would not meet my hand again. “No,” I said. And with that she grabbed my hand and violently rubbed her henna spot away. I’m pretty sure she spat, too, when she huffed away with the picture book tucked under her arm.

Had I been cursed? 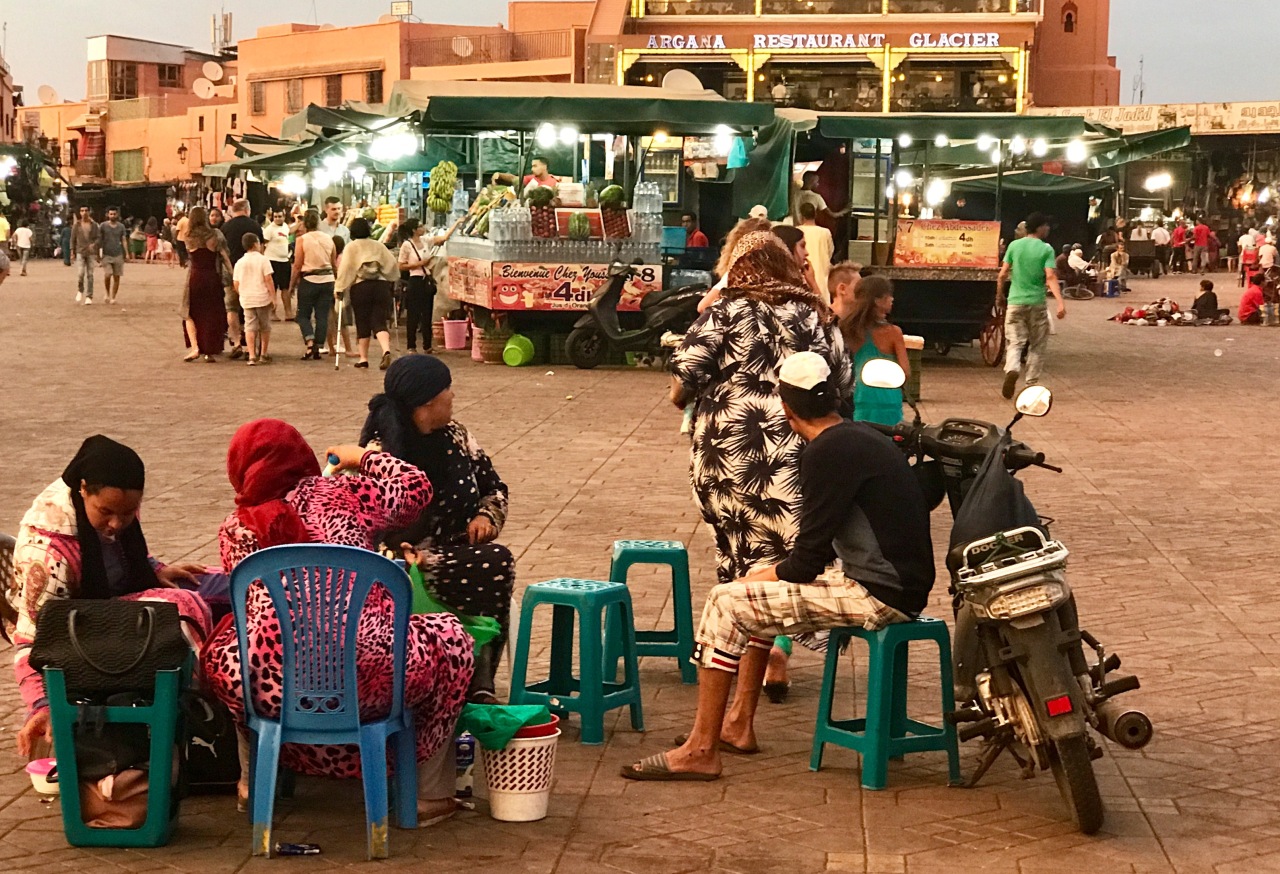 When Boujeema had tried to explain the evil eye to me the other day, I wasn’t really sure what he’d meant. We had been talking about jinns, the intelligent spirits of Arabian mythology, whose mysterious machinations I’d found difficult to grasp. According to Boujeema, the evil eye and the jinn were different.

“Let me explain it this way,” Boujeema said, looking at me in the rearview mirror. “First of all, you must know that all Muslims believe in jinns.” He held up his index finger and paused. “But, in degrees. Do you understand what I mean?” 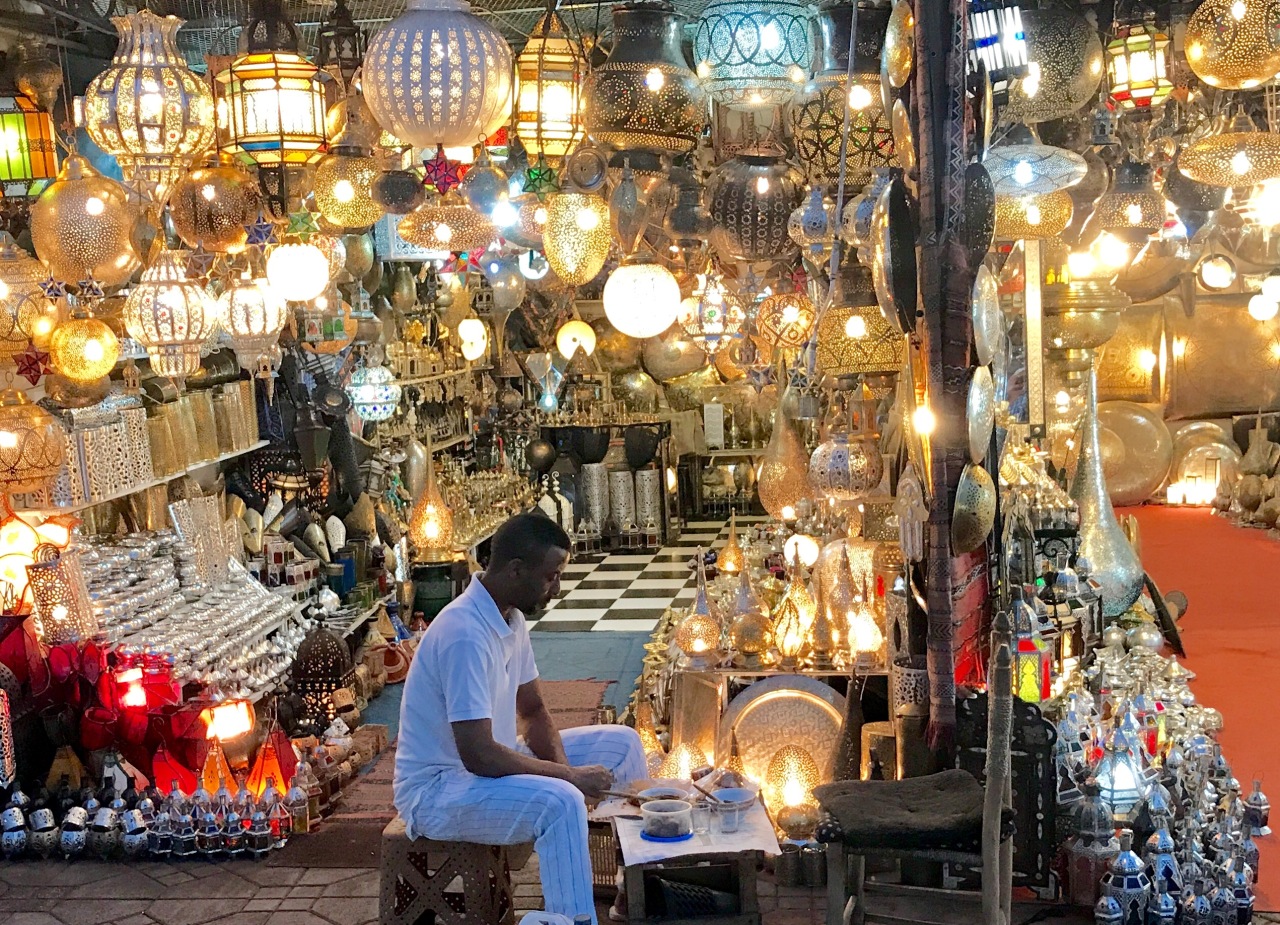 “Well, some people believe that jinns are responsible for everything that can’t be explained. Others think there are no jinns at all.”

“Then not all Muslims believe in jinns,” I said.

Boujeema smiled. “Well, they say they don’t; but they do. All Muslims in Morocco believe in jinns.”

“Okay, so what about the evil eye? How can you tell if something bad has happened because of a jinn or because someone gave you the evil eye?”

“Ah, good question.” Boujeema thought for a minute then said, “Take, for example, a car. It’s driving down the road, at night, and it loses control. It crashes. That is not a jinn. That is the evil eye.”

I didn’t want to get into the particulars of the car having a driver who could have fallen asleep or been drunk. The way Boujeema described it, the car was under the influence of something much more ethereal than ethanol or lack of sleep. His driverless car sounded like Steven King’s Christine.

“Do you see the difference now?” he asked.

“Kind of, but not really,” I answered.

“Google it,” he said. “Then you will understand.”

I wish I had. Then maybe I would have known what to do when I met up with the henna lady. Maybe if I’d been prepared, I could have whipped out one of Endora’s spells from Bewtiched, something like, “Oh witches of the yesteryear! Grant me this wish and disappear!” But with my luck, I would have turned Chris into a donkey or a turtle. So I did the next best thing, which was to remind myself that I don’t believe in jinns or evil eyes anyway. I just wanted to buy a few spices. And, really, how hard could that be?