While I’ve been at home studying, Chris has been exploring. Here’s his photoessay …

On a flight to Stockholm last February, I overheard a fellow traveler say to his seat mate, “The Pharaoh Islands are so melancholy this time of year.” Thinking Pharaoh Islands must be somewhere near Egypt, I filed a mental note. When I got home I looked up the islands and learned their name is spelled “Faroe”—and they’re nowhere near Egypt. The more I read, the more I became intrigued. 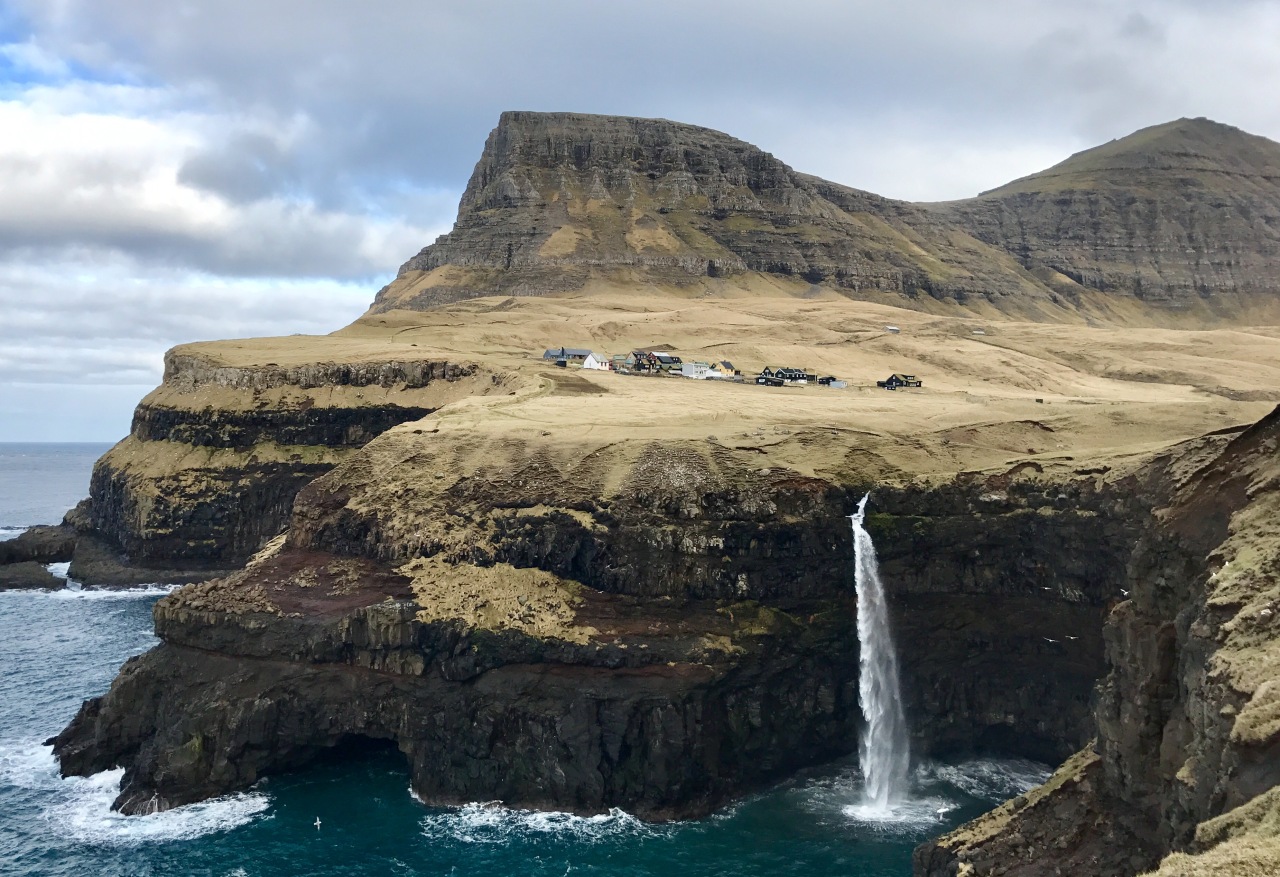 A few weeks after my discovery, it came time for my brother Andrew to pick a destination for his belated birthday trip. With a little prodding from me, he settled on this little-known archipelago of eighteen islands in the North Atlantic.

It is, after all, the land of  our ancient ancestors, at least that’s what the Nat Geo Geno 2.0 project told me after I submitted a cheek swab for DNA testing. Some think I’ve gone a little nutty on my enthusiastic embrace of our newly discovered Viking blood, but I say nei.

First stop, Tórshavn, which is on the island of Streymoy, the capital of this sort-of Danish (it’s complicated) enclave. The archipelago sits midway between Iceland and Norway, not far from the Shetland Islands. If that’s not Viking country, I don’t know what is. For our first few days, we pronounced the town Tor-SHAH-ven. Then we put it together that havn must mean something, since we had seen it in many village names. Turns out it means harbor. Well, then, we figured Tór must be “Thor.” Ah . . . Thor’s Harbor! That makes sense. Certainly the great Norse god of thunder spent time here during the Viking period. From then on, we worked hard to pronounce it TORES-hah-ven, and we looked at the harbor a little differently.

The smaller islands are reached mostly by modern tunnels or ferries, some only by a  helicopter service that runs twice a week in the off-season. Not that the “on-season” is likely very busy on these quiet islands. 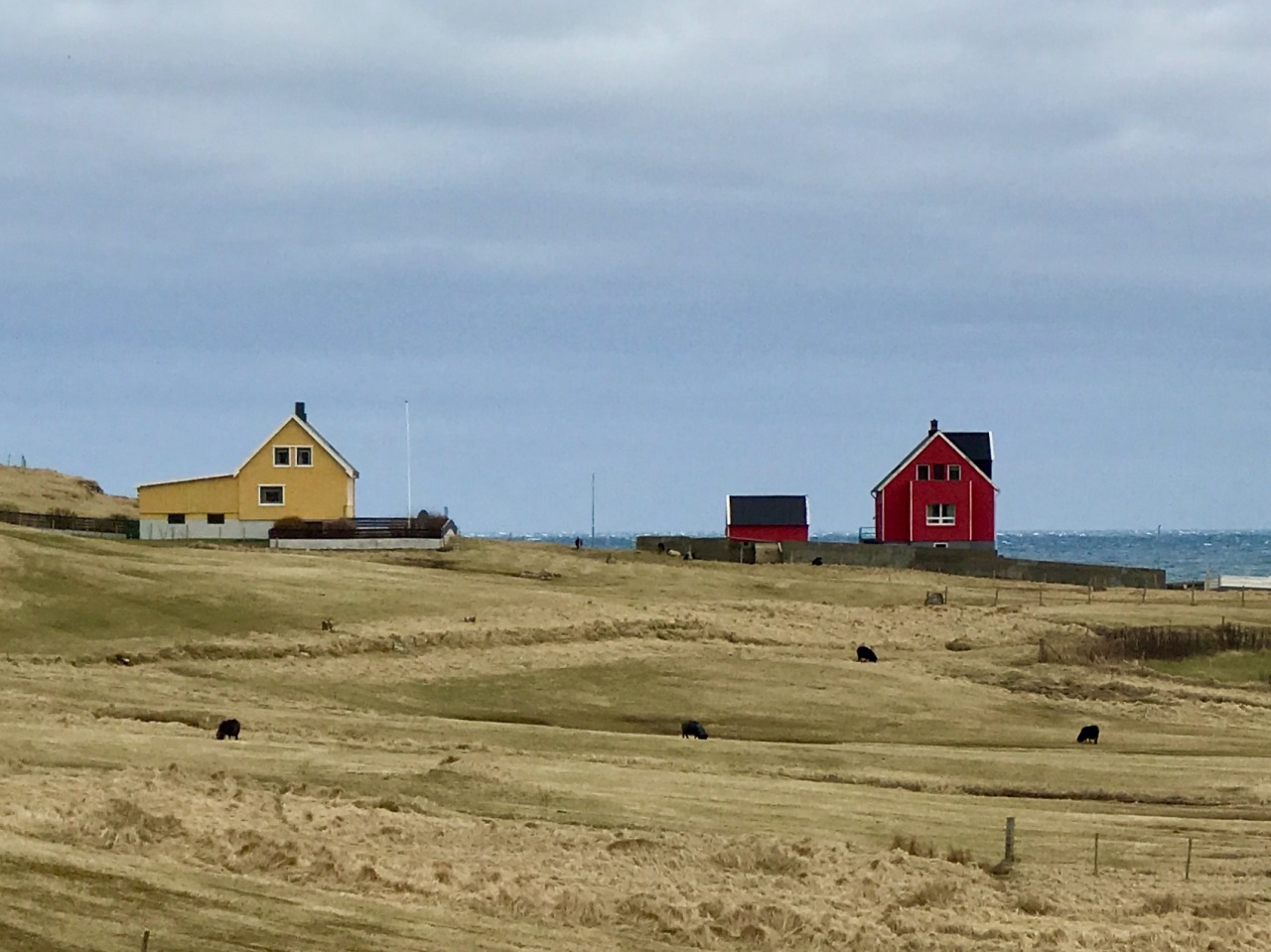 Quaint seaside villages dot many harbors, usually with a few dozen houses. The islands have virtually no trees, so the earth tones that dominate the geography are complemented by these simple yet colorful little homes. From afar, with the high cliffs and hills, the villages look like scenes from a fairy tale. 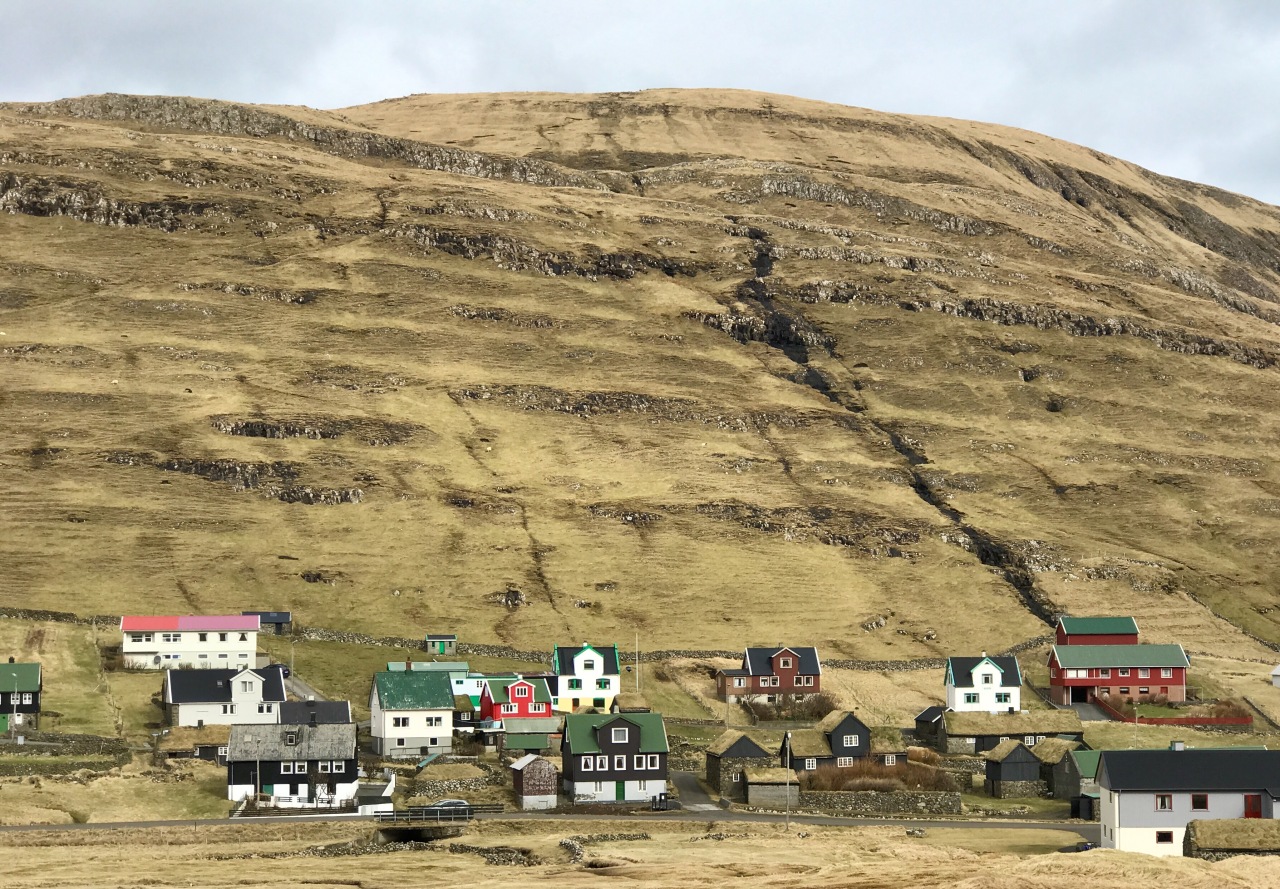 As rain pelted my skin, wind scoured my face, and breakers crashed against the towering cliffs, I realized why most people here live in the harbors. It’s not hard to imagine our Viking forefathers landing on these these semi-protected shores and gathering at some thing (which in Old Norse, Old English and Icelandic is called a þing). It was at a thing (or a thingstead) that the Norsemen gathered, conducted business, and rendered verdicts in disputes. And with eighteen islands, it was always one thing or another.

I wish I could play an instrument, but I can’t. So I take pictures instead and post them on “Postcards from Polebridge.” View all posts by Chris Graff