“Everybody in?” The pilot slipped on his headset then told us to do the same. Six of us were stuffed into the cockpit and I was riding shotgun, a vantage point that gave me an intimate look at our leader’s chin hairs. From the looks of it, his first shave had probably been last summer, and I forced a smile at him when what I really wanted to do was cry — and run.

As the rotor blades whipped faster and faster and faster, I dug the thumbnail of my left hand into the palm of my right and thought about how I’d gotten myself into this situation. Back in January, when Chris and I had planned this expedition in the comfort of our cabin, I figured it was expensive and unnecessary and would probably get lopped off the list as we pared down the itinerary. But it didn’t. And now I was aboard a loud, vibrating whirling dervish. Too late to jump out now. I’d just have to keep my eyes closed. Tight.

“OK, then, we’re off.” Calvin slowly pulled up on a lever that was, no doubt, just like the Xbox joystick of his recent boyhood and the sky sucked us away. Officially out of control, I began hedging my bets in earnest, praying to anything that would listen. Thank you for a wonderful life. I couldn’t have wished for more. Please let me die fast. Please let them say, “She didn’t suffer.” My palms had turned sweaty and speckled with half-moon divots, and I switched tacks: OK, let’s be reasonable here, even if you are one malfunction away from the end of this life, do you really want to meet it examining the backside of your eyelids? But it was no use. I don’t keep my eyes open on roller coasters either — especially those operated by teenagers. 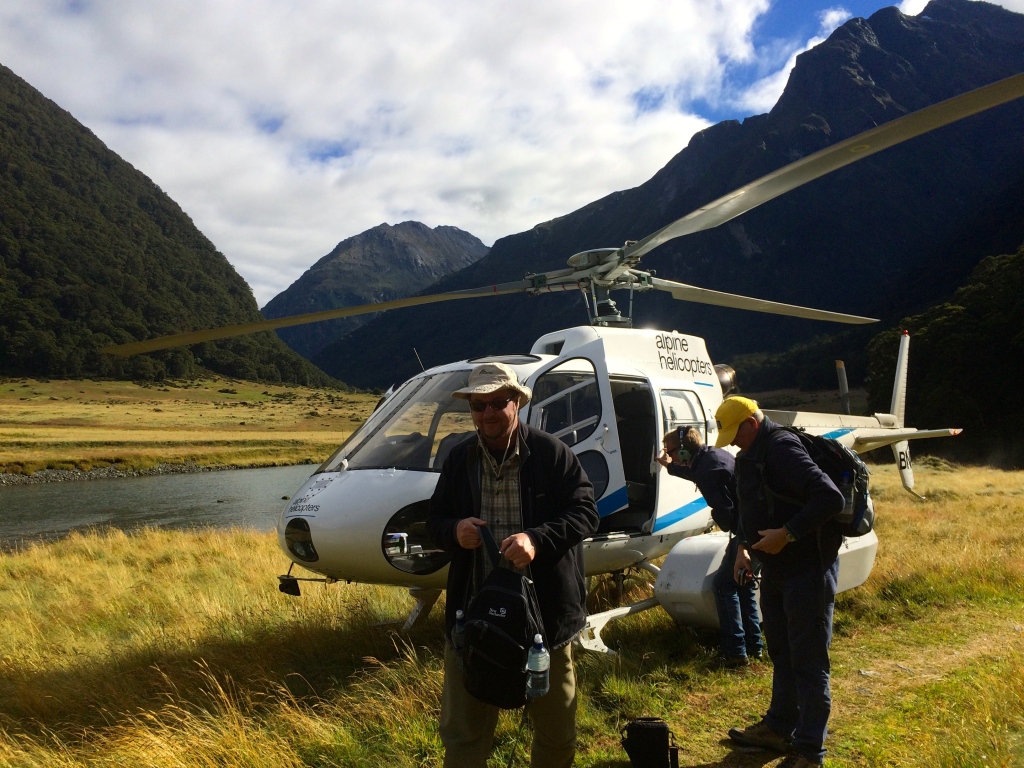 But then Calvin’s voice poured into my headphones, all smooth and self-assured. Apparently we were about to crest the Southern Alps, an enormous range so craggy that there’s hardly room for valleys at all, just rivulets of water that create countless waterfalls. I slowly unpeeled my right eye to see that we were coming up on MacDonald Glacier. There in the sunlight sat a bowl of water so turquoise and twinkly amongst the snowy peaks that it was worth opening the other eye to take it all in. 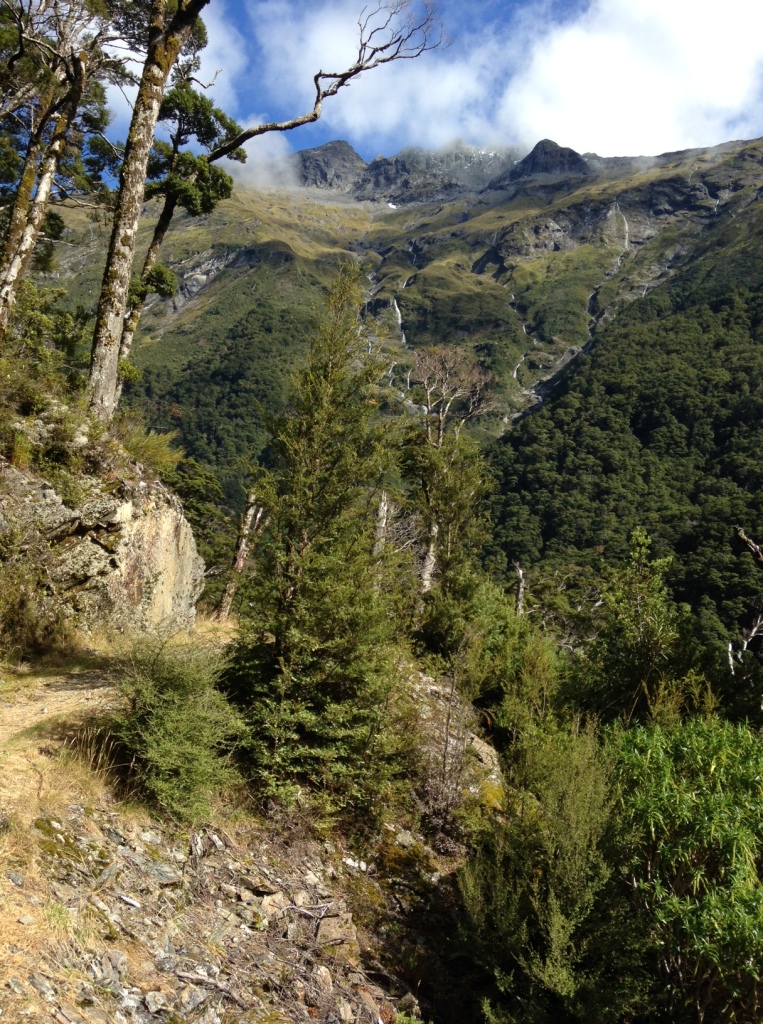 The man behind me thought it was amazing too. He hit me in the side of the head while shoving his camera between me and my seat mate. I would have turned around to give him the evil eye for invading my personal space, but I hadn’t even worked up the courage yet to turn around and see if Chris was actually onboard. What if my knee hit the joystick and we dropped like a bag of bricks to the bottom of the riverbed? Better to sit still and dig divots.

After grazing a few mountaintops we eased into the Siberian River valley, where Calvin dropped us off for a three-hour hike. Chris and I de-helicoptered as fast as we could — mostly because I didn’t want to get stuck behind the Dutchman and his über lens, but also because we wanted to have time to enjoy a leisurely picnic. The path was not unlike the one from Bob’s Peak — filled with moss-covered logs, bright-colored mushrooms, playful birds, beech tree forests, and majestic vistas — only this track had a much more distinct feeling of remoteness. Perhaps that’s because the only motorized way to arrive is by helicopter. And the only way to leave is by River Jet, a marvel of machinery that can travel up to fifty-three miles an hour over water that’s just three and a half inches deep.

“Did I ever tell you that my uncle flipped one of these things and almost killed himself?” Chris said. The driver circled his forefinger in the air to indicate we were about to make a 360-turn in the middle of the river. I’d now traded out digging into my own palms to gripping Chris’s arm so hard I was sure I’d leave bruises. The boat’s tail swung to the left and we slid across the bench seat to the opposite gunwale. A rooster tail of water fanned out across the rocky river bottom and the driver gunned it again. Now we were headed toward two boulders about twenty feet apart. Surely he wasn’t going to try to thread those. I couldn’t look.

“He was in the hospital for weeks,” Chris yelled over the 700-horsepower engines. “It was pretty bad.” I looked at him to say I was sorry. That it sounded awful. But he was beaming from ear to ear, loving every minute of looking the Reaper in the eye. Mine, of course, were wide shut. Until we met Dr. Nelson … 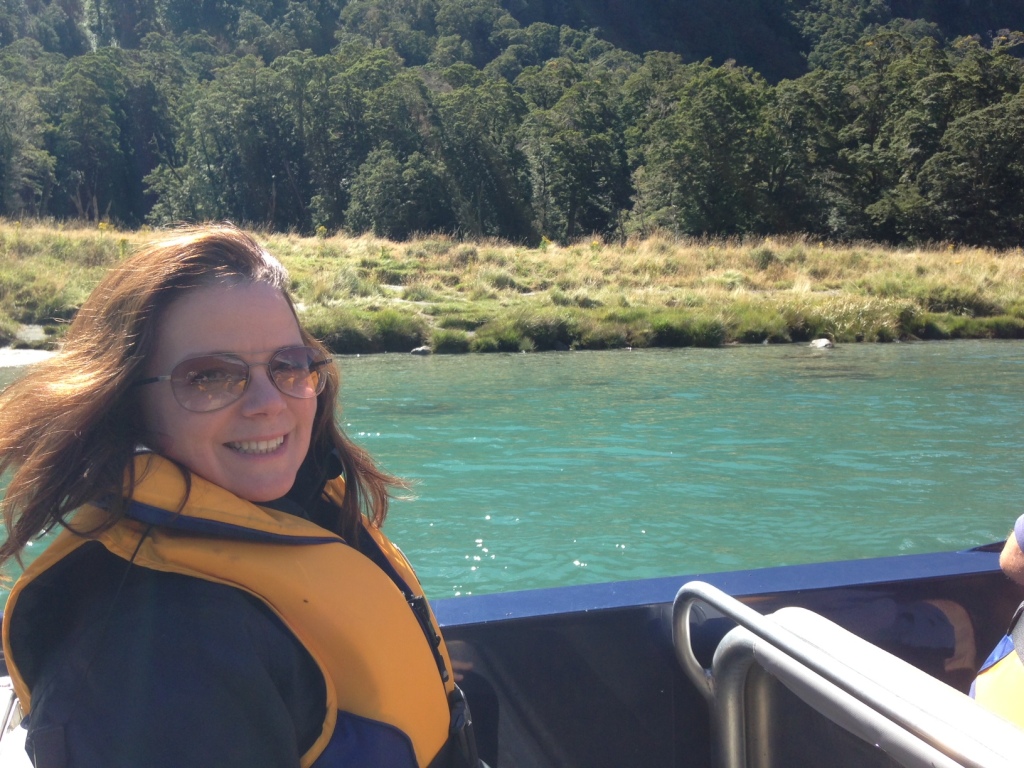