We left the world we knew and followed our host down a steep drive lined with hot-pink tropical flowers and towering palm trees. Like many of the homes on the South Island, the retreat’s modern Japanese exterior was unassuming. The best experience was to be had from the inside looking out, not the other way around — a style suited to the down-to-earth Kiwis, which Dr. Nelson claimed to be even though he was born in the United States. During his introduction he said that he had moved from the mainland to Hawaii and then to New Zealand, and that he had practiced medicine. What kind I don’t know. It was all very vague and he didn’t seem interested in talking about his past, only the past of everything else.

A niggling feeling that had started at the back of my mind had now wormed its way to the front: It would be a while before I met privately with a glass of pinot and a chaise lounge. After regaling us with the astounding tale of how he’d come upon the retreat’s impressive front gate — a relic he’d rescued from an elderly gentleman in Kyoto who was “just throwing it away” — Dr. Nelson ushered us through the gardens to the threshold of the entrance, where he asked us to remove our shoes. We wadded up our socks and stuffed them into our hiking boots.

Satisfied, our host led us from treasure to treasure through his priceless collection: faded watercolor scrolls on the verge of disintegrating into dust; a 2,000-year-old buddha bust; a knee-high Japanese dining table lacquered one hundred times; and dozens of Chinese snuff bottles (inherited from his mother) safely stowed behind plate-glass windows as if on display at the British Museum. Surrounded by so many inconceivably ancient artifacts, I was afraid to move. But Dr. Nelson was eager to share.

“Look at this, isn’t this cool?” said our curator as he caressed a Buddha, this one from Cambodia. The purple metal frames of his glasses gleamed in the track lighting, and I wondered if he was referring to the temperature of the stone sculpture or its inherent peachy-keenness. I touched the Buddha’s pockmarked head and agreed that it was indeed cool. 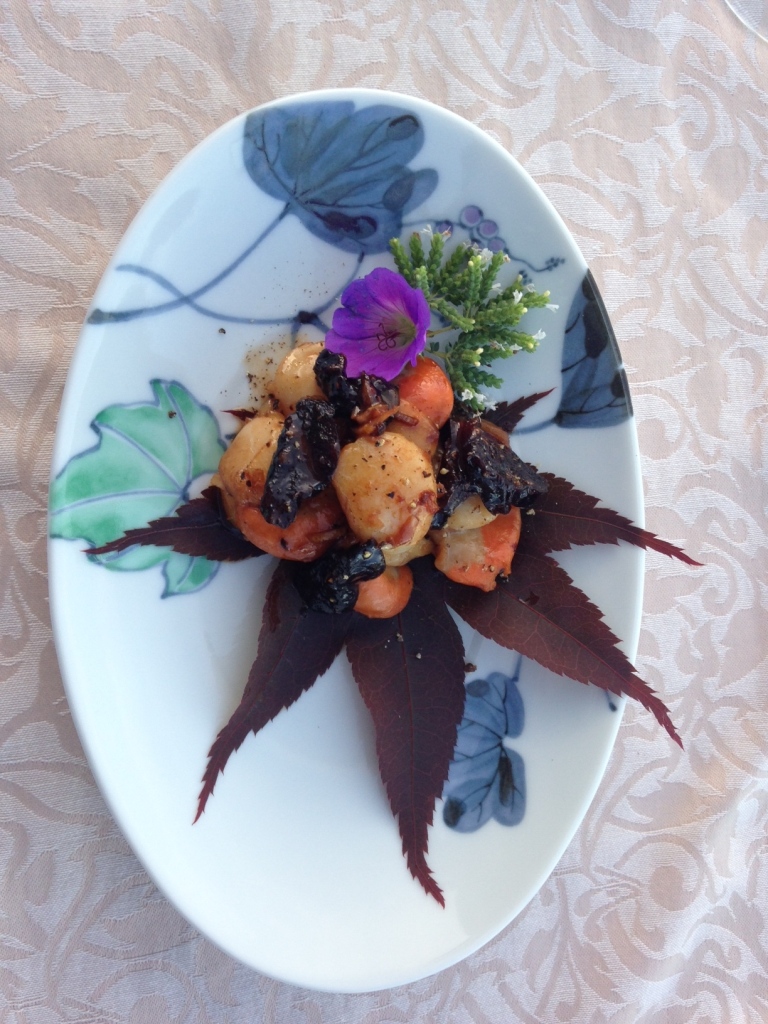 He erupted in a sound I couldn’t identify at first, a hair-raising cachinnation of two parts nerd, one part madman. “Thousands of years. No one knows for sure,” he answered. I tried to steal a glance at Chris’s neck hairs, to see if they were standing on end like mine, but he was already wandering toward the other end of the hallway.

“This way,” said Dr. Nelson, and we followed him to a living area that opened onto an infinity pool and a sparkling bay where tractors pulled boats across the sand to the water’s edge. “There must be quite a tide here,” I said.

“Yes, the tractors are like taxis,” said a small voice. I turned to find a young woman with a shiny black ponytail standing beside Dr. Nelson.

“This is Pen. She will be preparing all of your meals, which have been customized to your needs and tastes.”

Pen perked up at the mention of her name and excitedly dove into a description of the evening menu. Her English was good but her accent heavy, and I listened intently. I was eager to hear what foods she had thought to prepare, seeing as we had never communicated any gastronomic needs or tastes. She described the first and second courses, both heavy on the bell pepper, and Chris and I exchanged looks. It’s the one vegetable we both detest, and we started to tell her so when Dr. Nelson interrupted.

A room with a view

“OK, thank you.” Dr. Nelson smiled at us politely then discreetly poked his index finger into the right side of Pen’s rib cage. Without another word she disappeared into the kitchen as quietly as she’d arrived.

“I think you will find that when you leave here you will feel not only healthier but lighter. It is impossible to gain weight with our specially designed recipes,” said our host. If they were going to put peppers in every dish, then I certainly couldn’t disagree, I thought. Dr. Nelson caught my eye, and I wondered if somehow he’d read my mind. But he just motioned toward the door and said, “If you will follow me, please, I will show you to your room.”

At last the magic words had been spoken, and we shuffled behind the good doctor in our white terrycloth slippers. If this were Fantasy Island, then tomorrow our fantasy would begin.